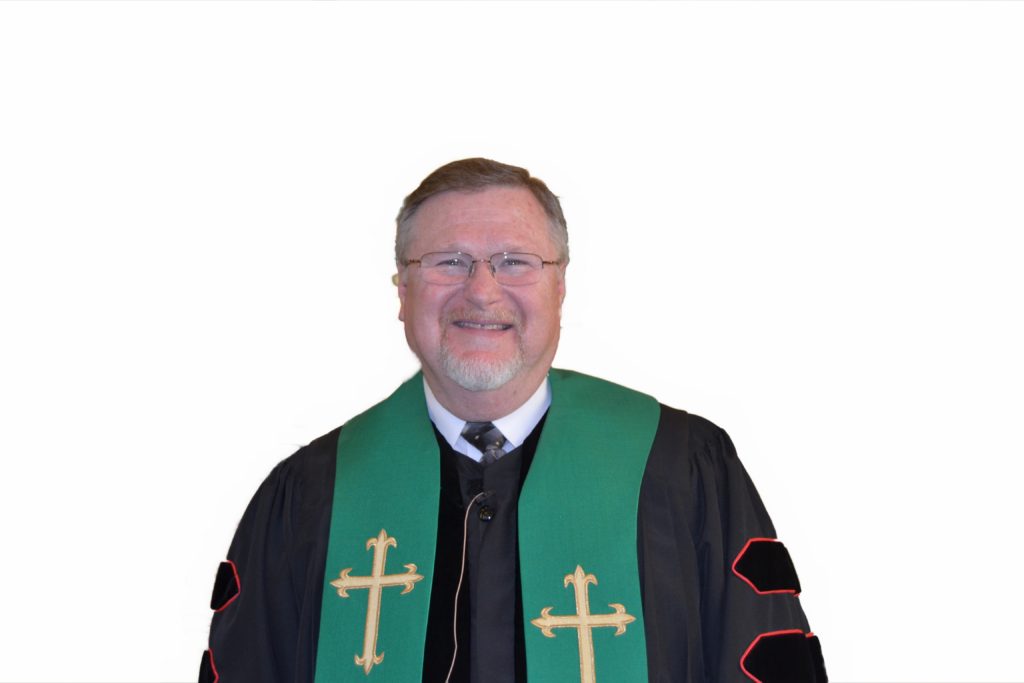 Dr. May grew up in the Houston area where he led youth revivals and began serving churches as pastor. He is a graduate of Midwestern Baptist Theological Seminary in Kansas City, Missouri, where he holds a doctor of ministry degree.  He has served a total of twelve churches and strives to encourage people to love Christ and carry out the Great Commission. Dr. May believes that the Church needs to be a family of Godly love and a center of service to the community.  He enjoys movies, lawn work, trucks, music, and a positive outlook on life in general. 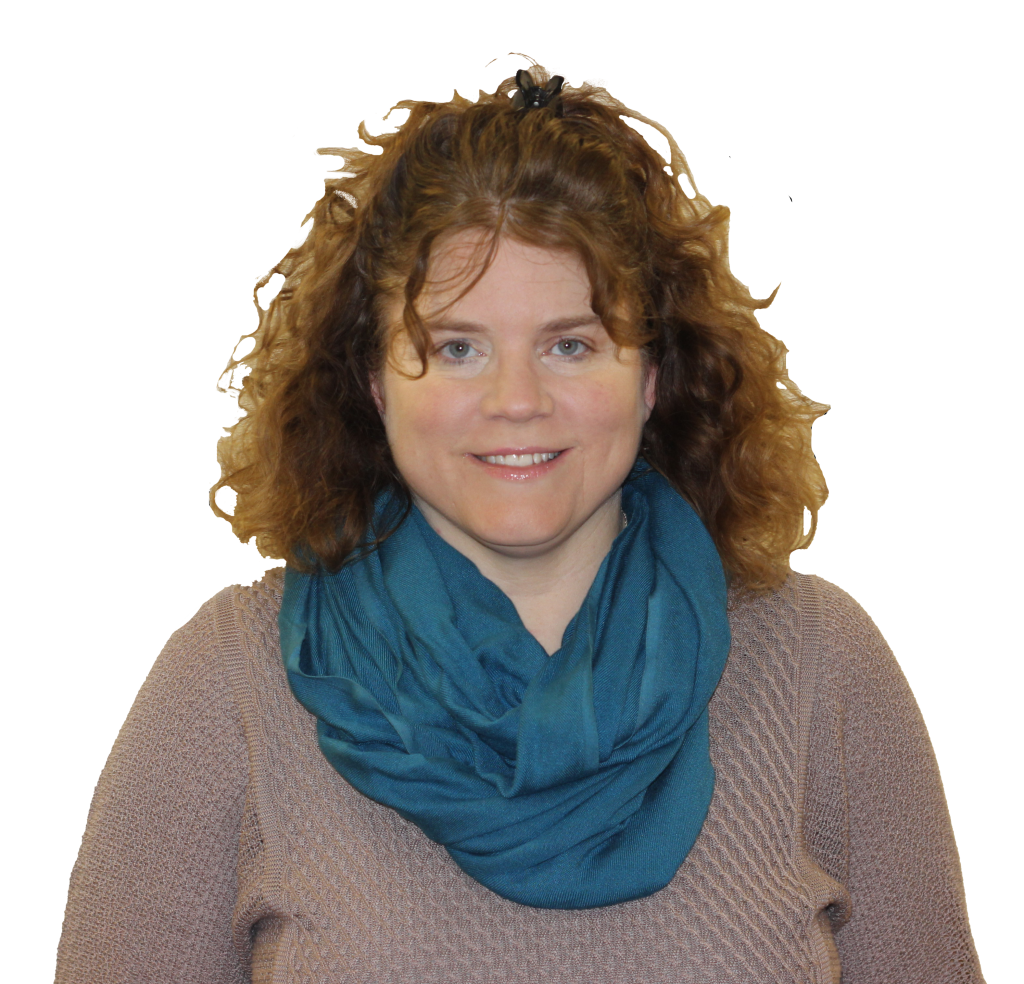 Amy is a Deacon in full connection with the United Methodist Church and an Accredited Financial Counselor (AFC). As a deacon her primary appointment is to Money Matters Ministry through which she teaches the federally mandated personal financial management course for people who have filed a chapter 13 bankruptcy and facilitates an online course, "Finally, Financial Freedom!," which she co-authored. Amy’s goal is to promote a feeling of growth through grace for those starting over financially. As of September 2012 she accepted a part-time appointment to City Point UMC as the Associate Minister.  Amy is a certified grief coach and is passionate about social justice issues, including the moral economy and mental illness.  She frequently speaks to groups on a variety of topics including predatory lending, depression, grief, immigration and, yes, even basic budgeting for the local church or individual from a Wesleyan perspective.  (HINT:  she LOVES to be asked to speak.)   Amy attended Texas Wesleyan University for her undergraduate degree and received her MDiv from Brite Divinity School at TCU. Amy is married to Mike and they have one son, Luke, who is a jazz trumpet player at Tarleton State University. All three of them “grew up” at CPUMC!  In her ‘free time’, Amy enjoys reading historical fiction, hanging out with her family and travel. 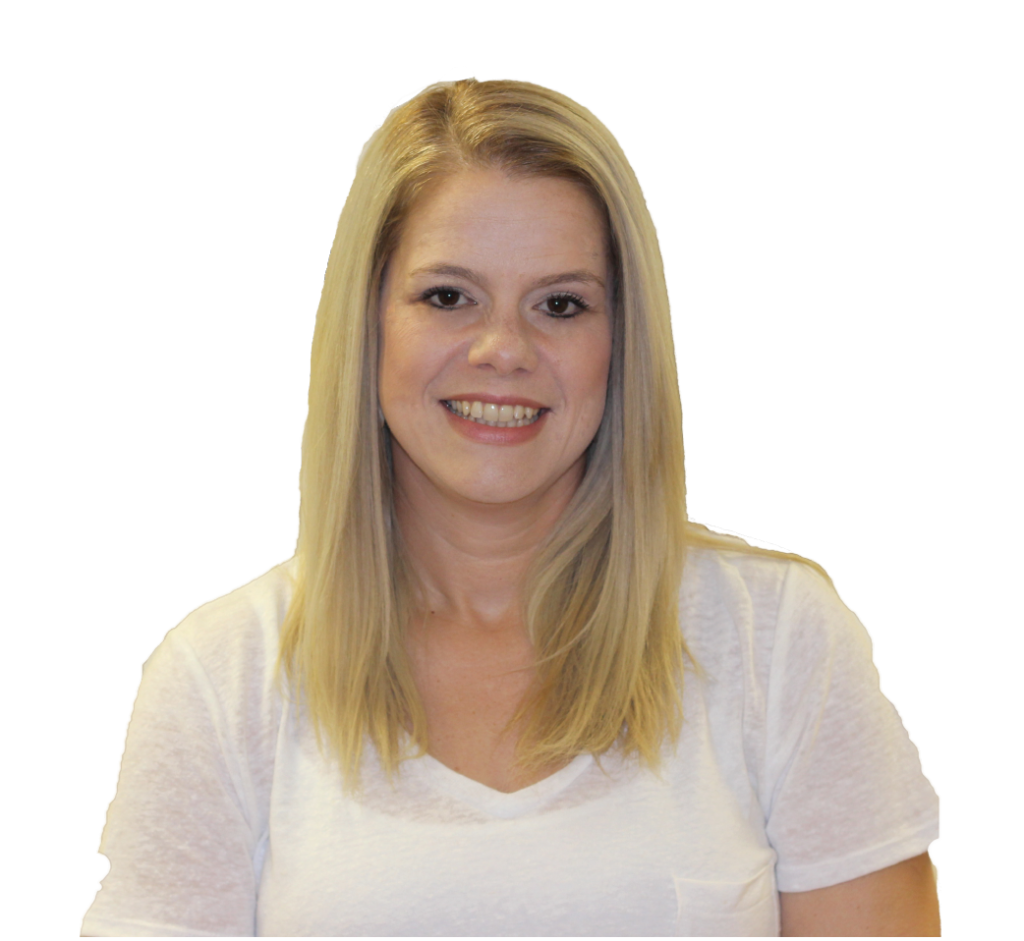 Sharma joined the CPUMC staff in December 2013. She has been in the ministry in the Methodist Church since 2002. Sharma attended Lon Morris College where she received her associates degree in Music. After Lon Morris she began working in Youth Ministry. Sharma is married to Ramon a wonderful man of God and she has three boys, Caden, Carson and Cameron.

Sharma’s true passion is Missions. She loves to see a church that gets involved in community missions.  While here at CPUMC she has developed a relationship with Binion Elementary. CPUMC donates coats, hats, and gloves to the children at Binion and provides Sonic drinks each month to the teachers. In November, CPUMC provides a Thanksgiving meal to all the families and staff at Binion Elementary. 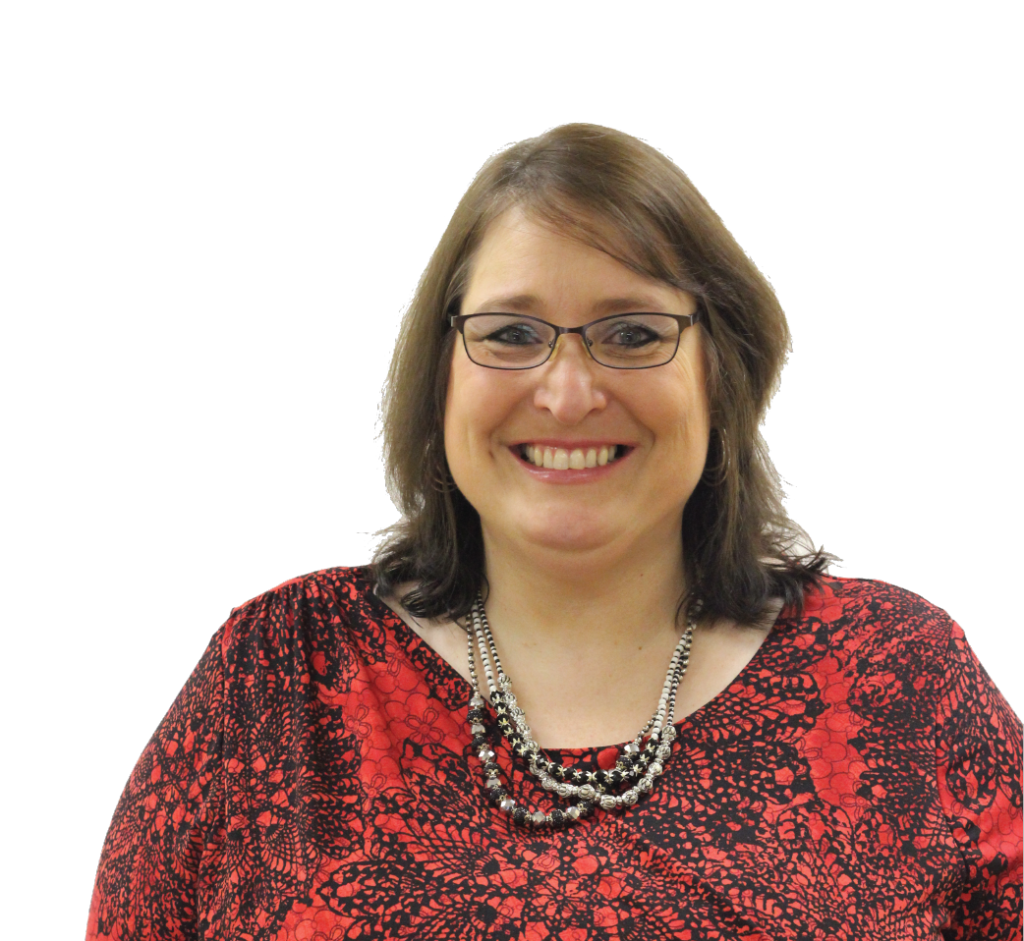 Laurie Thompson joined the staff of City Point UMC in December of 2005. The daughter of a Retired Methodist Minister, Laurie has grown up in the Methodist church and lived in different parts of Texas. She owned and operated an accredited in-home childcare for 10 years and held different leadership positions in childcare organizations during that time. Laurie lives in Fort Worth and is a member of Alliance United Methodist Church where she sings in the Praise Team, works with the Prayer Team and coordinates the Wednesday Night Services. Laurie serves on the Conference Emmaus Board.  Laurie’s family includes her husband Wes, daughter Meagan, son-in-law Patrick and stepson Joey. 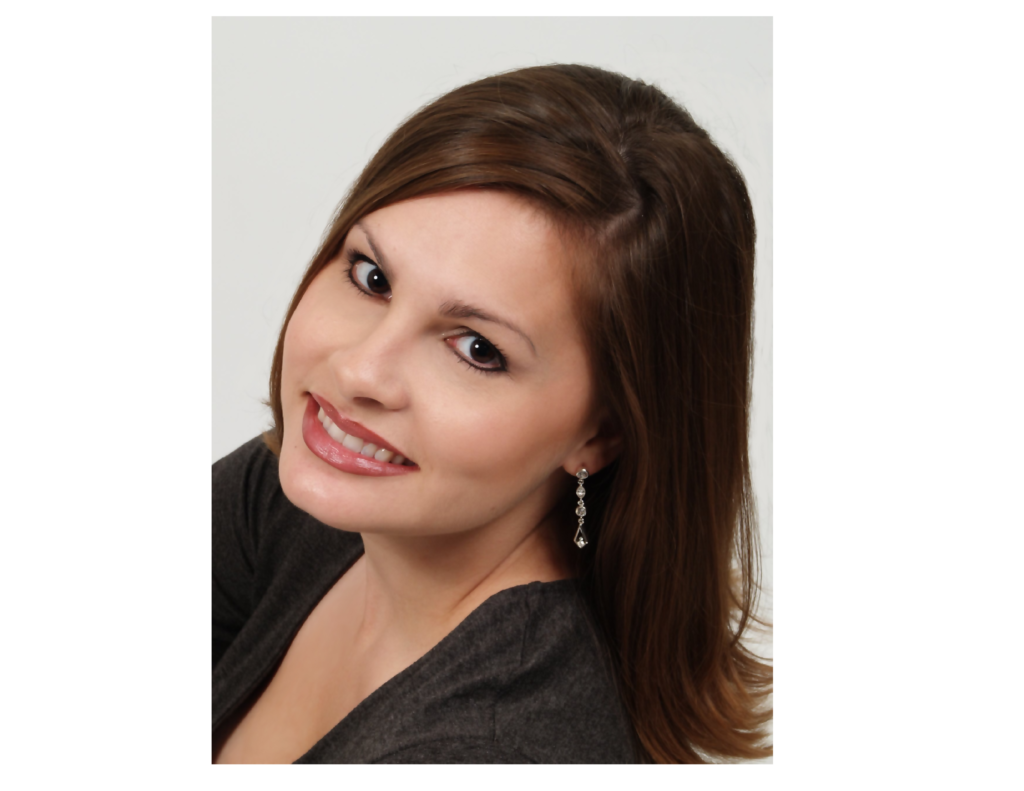 Allison Whetsel Ward joined the City Point United Methodist Church team in October 2016. Allison currently serves on the faculty of Texas Wesleyan University and Texas Christian University. She holds a Bachelor of Music in Vocal Performance and a Master of Music in Choral Conducting from Texas Christian University. While at TCU, she studied with J. David Brock, Dr. Sheila Allen, and Ronald Shirey. Allison has performed as a soloist in many major works, such as Haydn’s The Creation, Orff’s Carmina Burana, Poulenc’s Gloria, Rutter’s Magnificat, and the Brahms A German Requiem. She has been a member of the Ft. Worth Opera Chorus, Voices of Fort Worth, and the Van Cliburn Concert Choir. Along with performing in concerts and recitals, Allison is an active choral clinician in the DFW metroplex and served as Music Director at Ridglea United Methodist Church in Ft. Worth, TX for ten years. In addition to her professional collegiate appointments and service in the United Methodist Church, Allison is a founding member of a newly-created ensemble based in Dallas-Fort Worth called My Evenin’ Star! Taking its cue from a song title of the period, My Evenin’ Star! features vocal and piano selections from the best of the 1890’s and 1900’s cabaret music, effectively recreating the sights and sounds of turn-of-the-century Americana. In her spare time, Allison enjoys spending time with her beautiful boy, William, and husband, Shane. When she is not spending time with family, Allison loves to read, garden, cook, and spoil her two dogs, Coach and Pearl. 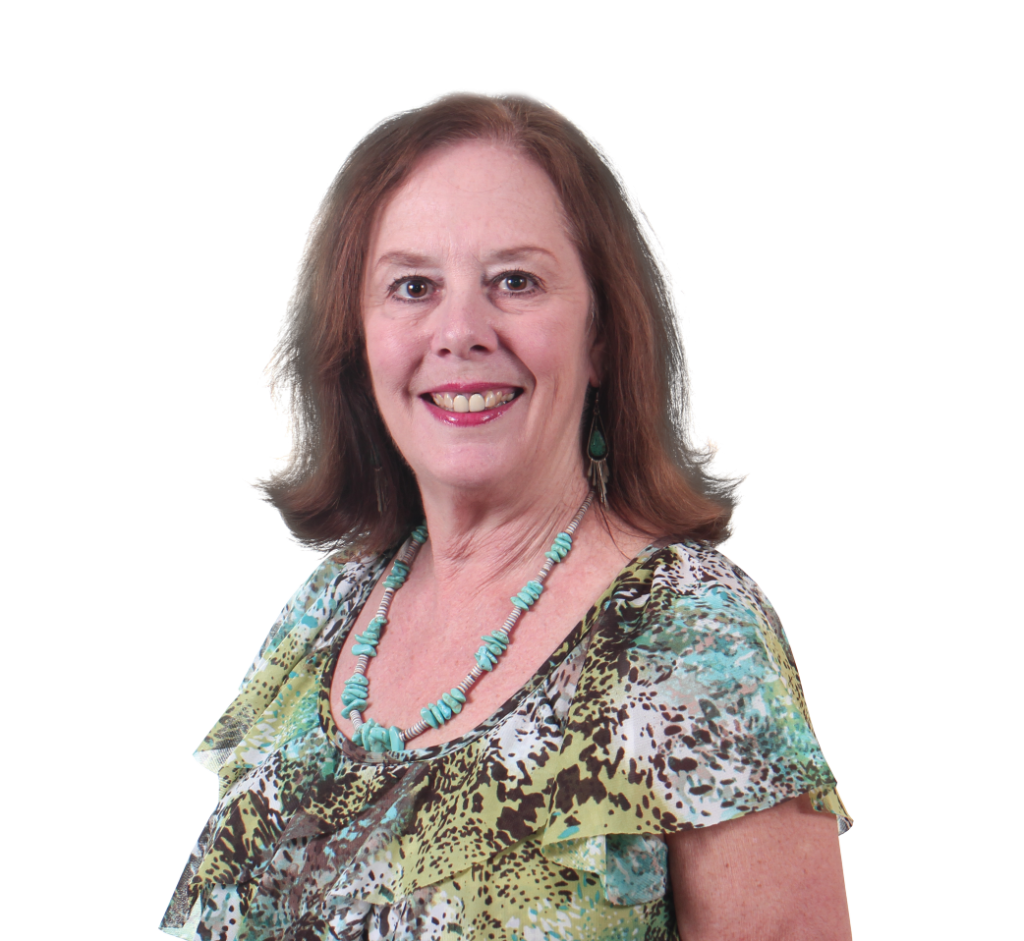 Candiss Krug was raised in the Texas Panhandle. Growing up in Amarillo, her mother gave piano lessons in the home so naturally Candiss always played the piano. The family was active in the Baptist church and while her mom worked on children’s choir business, Candiss went in to the organ and began experimenting with the different sounds. She got the church organist to tell her how to play the pedals and began practicing regularly. She also sang, and won a Superior Rating at the Baptist Music Festival in Glorieta, NM for singing “His Eye is on the Sparrow.” She won a scholarship to study at the Amarillo Musical Arts Conservatory and had private lessons in voice and organ. Her teacher was a devout Christian who always said that musical gifts are from God and should be used to His glory. At Canyon High School Candiss was active in choir and drama and had leading roles in plays and musicals, as well as accompanying many of the choirs. She took top awards in UIL competitions and also NATS (National Assoc. of Teachers of Singing) annual competition. She became organist at First Christian Church in Canyon, pianist for the Lions Club, & an accompanist at WTSU. For four summers, she traveled to Eureka Springs “Opera in the Ozarks” camp and studied under various teachers and conductors and sang in the opera festivals. Upon high school graduation, she accepted a full scholarship to study voice at Texas Woman’s University in Denton under Joan Wall. She also took piano and organ lessons and accompanied for various campus activities and churches. Singing was always a passion, but playing piano or organ were always a great link to jobs! Candiss sang several leading roles in operas and musicals at both TWU and the Denton Community Theatre and represented TWU at NATS and the Met Opera regional auditions. She graduated cum laude and was named “Performer of the Year”, and received the annual Lehman Award for “outstanding artistic achievement.” Candiss has served in churches most of her life, fulfilling her mother’s proclamation that “God always has a place for good musicians!” She served in various capacities at First UMC, Weatherford; University UMC, Ft. Worth; and Wm. C. Martin UMC in Bedford. She has been Organist at City Point UMC since August 2005 and thoroughly enjoys the job and the people of the church. Family includes husband of 30 years, Mark; daughter & son-in-law Jessica & Joe Dougherty and 4 year old grandson Connor; son, Matthew & 2-1/2 year old grandson Maxel. Candiss is also a substitute teacher in Birdville ISD and accompanies many band and choir students throughout the metroplex.